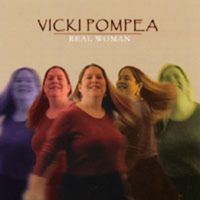 From the recording Real Woman

He was a nice young man. She was a sweet young thing
When she married him and took his ring.
It was a pleasant life, but she’s just the wife
And she feels it’s not enough

It’s not a 7-year itch. It’s not a mid-life thing
But she wants fireworks and bells to ring.
He drinks his beer and call her “Dear”
And she knows it’s not enough

They got to movies. They watch TV
No fights, no angry words to flee
He does his tasks, whatever’s asked
But nothing on his own.